Emirates: how Liv. neobank mixes lifestyle, gamification and lottery in one app?

Emirates is famous not only for the warm temperatures. The country also has many human-made islands (two of them formed in the shape of giant palm trees), highest skyscrapers (like the Burj Khalifa reaching 828 m) or two 7-star hotels.

An application that resembles Instagram in appearance is doing quite well in attracting customers — in 2018 it exceeded 200,000 people (a monthly growth rate of 10,000 people), thus becoming the fastest growing bank in the United Arab Emirates*.

How did Liv. do it? By combining specially profiled functionalities for young people, by constructing a loyalty program and by adding a game to the application.

The story of Liv.

The world currently sees two trends in the development of neo-banks:

1.    Independent (the so-called challenger banks) — I mean ones with no big bank behind their creation, such as Monzo in the UK or N26 in Germany.

2.    Dependent, such as those created by large banks themselves to reach young people before the challengers. This group includes e.g. imaginBank created by the Spanish CaixaBank.

The latter category also includes Liv., which was created by one of the largest banking groups in the Middle East — NBD Emirates.

Liv. is a unique combination of a banking application and a lottery. It has classic bank features such as checking account balance, transfers or blocking a debit card via the application. At the same time, it regularly hosts competitions based on gamification mechanisms. Recently, one of them featured a Tesla Model S as an award, while in the most recent edition you can win a private island.

How to win it**? Just be active in the application. You receive competition points (the so-called Livions) for your activity, and the more points you earn, the better your chances of winning.

Livions are often awarded for trivial tasks. All I need to do is log in to the application on a given day and I already have 1 point. I can also earn points by paying for my bills with a transfer or by transferring my salary to Liv., or (read carefully now) by inviting my friends to create an account with Liv. And this seems to be very effective.

An absolutely astthing is that Liv. regularly builds games into its application. Recently it was Snakes & Ladders, a popular game in India (roll the dice, climb up the ladders, level up). Now The Wheel of Fortune is all the rage.

What is important – the bank decides what functionality to add or remove based on the commitment indicators in the game. The second thing is that prizes are awarded for those games as well. In the wheel of fortune, the rules of the game are extremely simple – spin the wheel, win vouchers, cash or nothing (this mechanism is called a variable award and is well known in gamification).

(There is also a catch: for every turn of the wheel we will have to spend our hard-earned Livions — thereby reducing our chances of winning the island).

“Our customers enjoy banking with us because we understand them, and engage with us actively through our products and gamified experiences.” — says Jayesh Patel, Head of Liv.

When comparing Liv. and the NBD Emirates application, it can be clearly seen that Liv was built around the needs of a tech-savvy, always-on generation.

Liv.’s lifestyle features include instant and completely paperless account opening, fund transfers through social media channels, carrying out instant bill splits with friends, tagging expenses to keep track of spends as well as curated daily feeds of selected deals and happenings in the UAE, personalized to the customer’s preferences.

ONBOARDING: setting up a new account in Liv. is somewhat specific in the sense that already at this stage the application asked me to add my profile photo, give my nickname (not my name and surname) and asked for a promotional code.

We will also receive Livions for purchasing bank products.

The products are all the more tempting as they were designed with millennials in mind.

This is why Liv. offers mobile insurance against common accidents including drops, cracked screens or theft. We all know that millennials can’t live without their phones and that is quite common for mobile devices to sustain damage during usage (three in four people have broken a phone screen at some point in their lives).

Other example is Liv.’s Goal Account which enables users to set and save towards financial goals, helping them to achieve more of what they want – whether that is travel, buying a new gadget or a gift for a loved one, or simply saving for a rainy day, while earning an 2% return on their balances.

Customers can also display a curated daily feed of what’s happening new in town; selected deals on their individual preferred food options based on the time of day; and fitness trackers to manage their health regimen.

When Emirates NBD took the bold step of launching digital-only bank Liv. in 2017, the lender moved into a relatively untested segment for the region.

But this is a global trend. According to Accenture, banks are moving in the direction of identifying new micro-segments based on lifestyle, values, aspirations, and needs. As a result bank cannot only gain customer, but also engagement, deeper part of customer’s life and gain better customer insights. This group also includes imageBank and Hello bank! (from the French BNP Paribas), which are addressed to millennials.

Finally, a few facts about Liv.:

If you are interested in digital banking in Middle East read also: How we created mobile banking for 8 different countries – Arab Bank case study

Arab Bank’s new mobile banking application can definitely surprise with its vast scope. The project is adjusted to the needs of four client segments in eight different countries. Take a look at functionalities that the Arabi Mobile includes.

END_OF_DOCUMENT_TOKEN_TO_BE_REPLACED 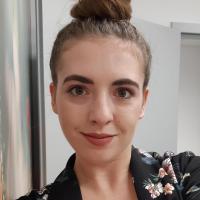 Individual customers of Bank BGŻ Paribas have received a brand new and modern mobile banking. The application features swift and easy access to accounts, deposits, loans and records of expenses. The development and maintenance of the application have been entrusted to FINANTEQ.

END_OF_DOCUMENT_TOKEN_TO_BE_REPLACED

The growing popularity of Google Pay and Apple Pay encourages banks to implement these new payment systems. However, the whole process is not easy and can take months.